A short distance to the north of the former icehouse is a corn crib constructed during the 1980s.(Photograph 13) Nearby, enclosing the north side of the circular drive and located perpendicularly to the street is a three-bay carriage house/barn which is one of the oldest buildings on the site. A tall stone foundation laid with a friable lime/clay mortar supports the side gabled building which is clad with vertical board and batten siding.

Unlike many of the other structures on the site which were left unfinished, this building shows evidence of having once been painted red. The exterior siding, particularly at the south and west sides, is slightly charred, a reminder of the fire of ’36.

The easternmost vehicle bay is separated from the two western bays by a framed partition, and the remnants of a blacksmith’s forge are located at the northeast corner of this area. A small stair at the middle of the building leads to the second level hay mow.

This concludes the walking tour of the Ayres/Knuth Farm grounds. 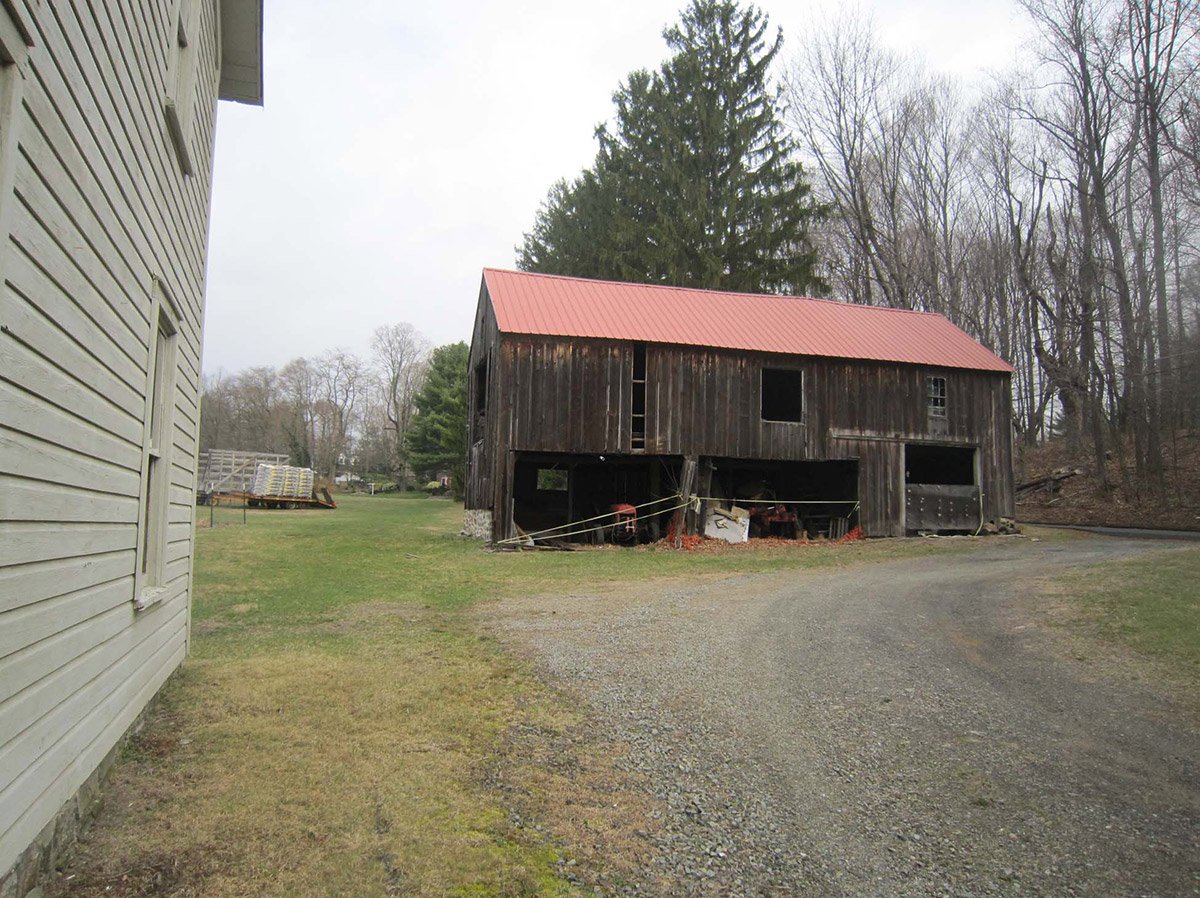