Two chicken coops, both dating from the third quarter of the 19th century, are located on the farm.(Photograph 11) The first, which is situated near the smoke house, is a one story, frame structure constructed on a low random rubble foundation. It is clad with unpainted horizontal lapped siding and
capped with an asphalt-shingled gable roof. The siding at the east end exhibits some slight charring, evidence that the building was in its present location during the fire of 1936. The glazing in the three large 6/6 windows on the south elevation has been replaced with chicken wire. The building is comprised of two sections and the front half is currently used for storage. The rear portion of the structure is divided horizontally by a low wooden ceiling and, in the lower section, a roost runs along the north wall to a small opening at grade.

The second chicken coop, located to the north of the first, is more sophisticated and appears to have been built at a slightly later period. Approximately 10′ by 20′, this single-story frame building is also clad with unpainted horizontal lapped siding, and has an asphalt shingle roof. The siding on the east elevation is extremely charred, as this building was located only a few feet from the burned barn. The three large windows on the south side have little original glazing intact, and chicken wire has been inserted on the inside face of these, as well as in the two 6-light windows on the north side. The original roosts remain on the interior, with a narrow passageway along the north side for use in collecting the eggs. 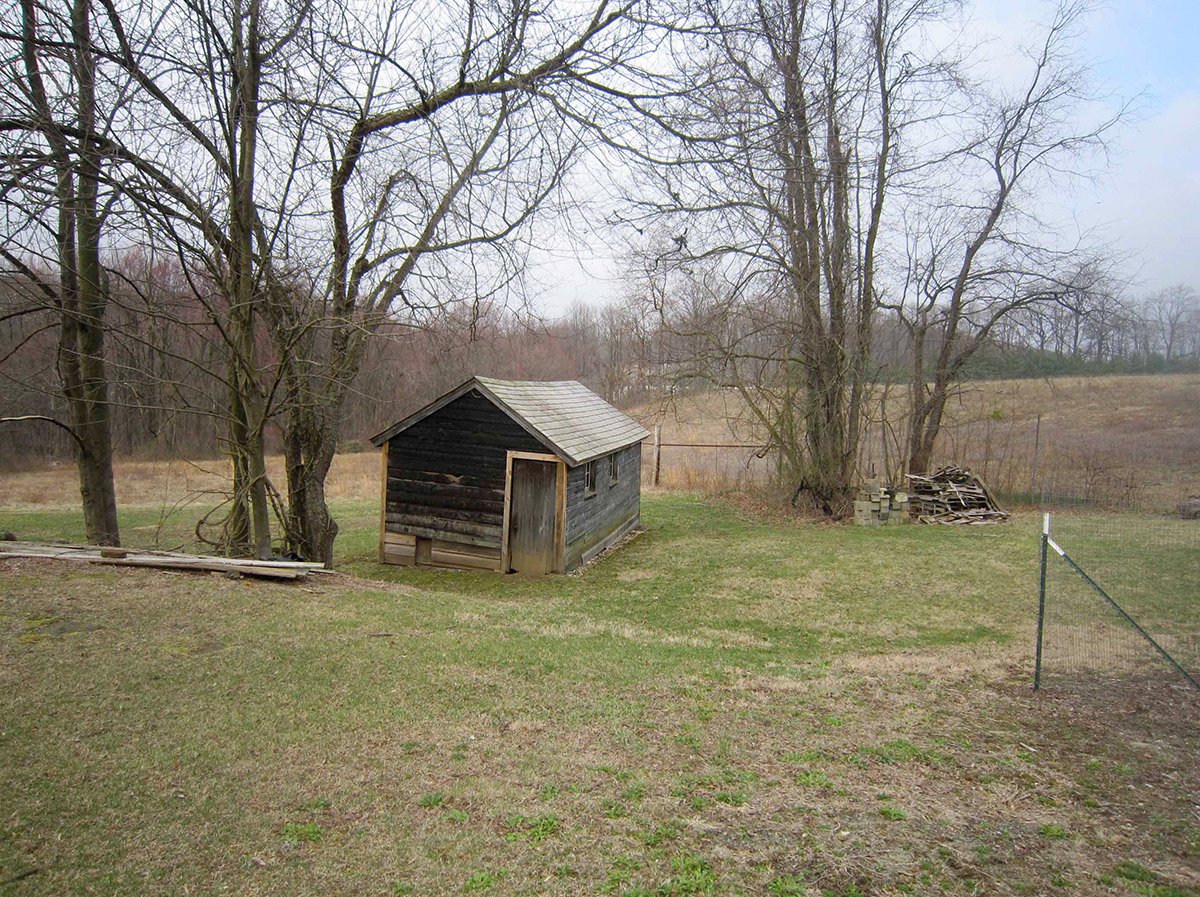