After the barn burned in 1936, it quickly became necessary to replace that structure in order to provide shelter for the remaining livestock. The Knuth’s depressed financial situation, however, required the adaptation of an existing building, rather than the construction of an entirely new structure. As one of the largest buildings on the property, the ice house, which was previously located a short distance to the southwest of the farmhouse, was chosen to replace the barn.(Photograph 12)

After the barn site was cleared, the large, side gable ice house, originally constructed during the 1880’s, was moved and reconstructed on a new stone foundation. The front half of the building which is currently used for storage, was originally designed as an office. It is entered through a six-panel door which is flanked by 2/2 double-hung windows at both the upper and lower floors. A smaller room to the west is entered through a six-panel door hung on acorn-tipped hinges. The interior walls of both rooms are covered with vertical beaded board wainscotting to the dado rail, with horizontal boards above.

The rear half of this building was originally designed and constructed to serve as an icehouse. Rather than exhibiting exposed framing, the interior walls of this section of this building are comprised of horizontal tongue-and groove pine boards. This finish enabled the cavities between the joists to be filled with sawdust which acted as insulation, thereby extending the life of the ice stored within. During the early years of the 20th century, this area functioned as a creamery. Milk was stored here and cream was churned into butter, for use on the farm and for sale locally. Since being relocated, however, the building has served as a barn. Two wood-floored horse stalls, separated by decorative cast iron dividers which appear to have been salvaged from the previous barn, are located on the south; cows were housed on the north side which is finished with a concrete floor. Hay and grain stored at the upper level was made accessible by the presence of wide, Dutch-type doors in the west elevation.

The upper floors are currently used for storage. The west end of the building contains numerous crates and boxes, while the east end is used to store hay. 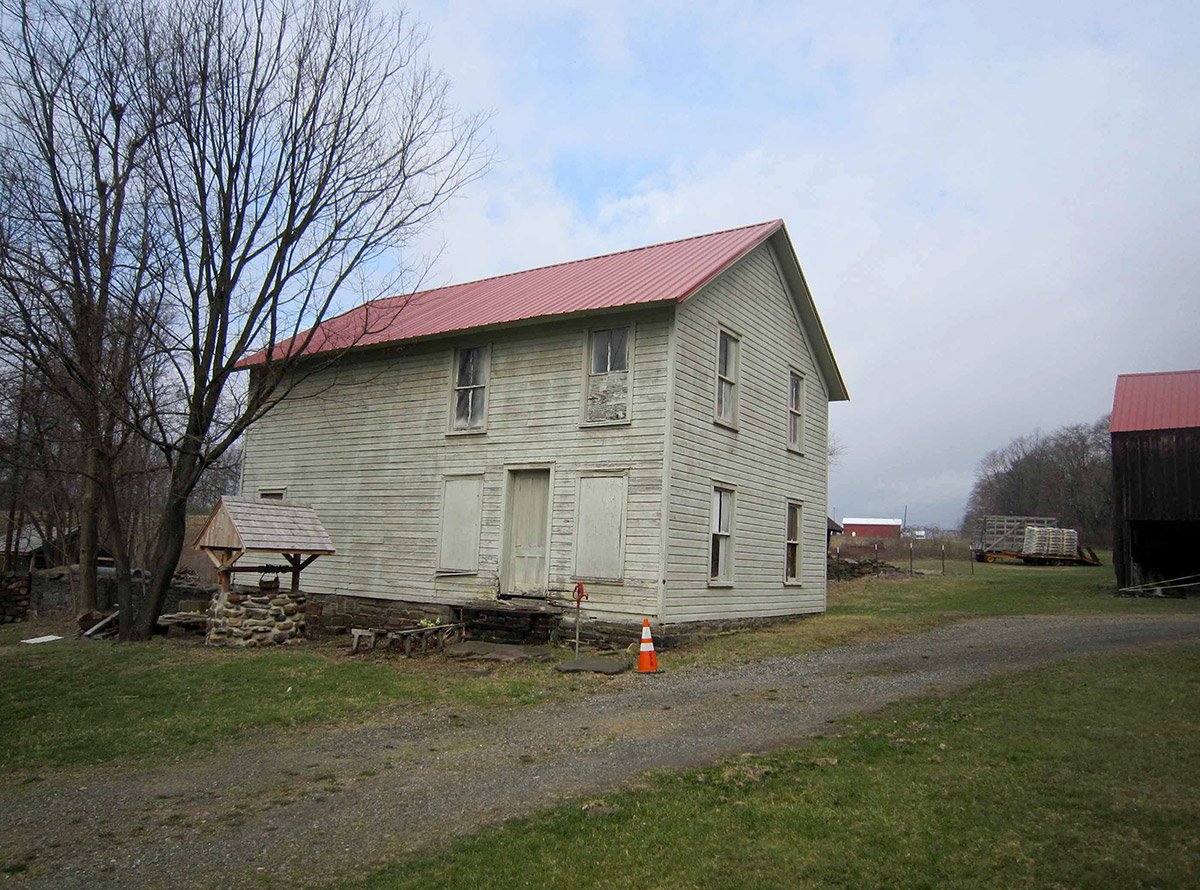