Located a short distance behind the main residence is the front gabled tenant house, which appears to have been constructed in the 1870’s, during a period of strong growth and prosperity. This two story frame structure rests on a rubble stone foundation; it is finished on three elevations with unpainted, horizontal lapped boards, 8-1/2″ to weather, and on the north face with board and batten siding. A small interior brick chimney is located at the rear, next to a boarded-up door frame. The fenestration consists of 6/6 double-hung sash and the roof is covered with recently-applied asphalt shingles.

The original boxy appearance of this structure has been slightly modified by the addition of a small storage room which projects from the front and occupies the north half of the facade; the south half is completed with a singlestory shed roof supported on chamfered posts. An exterior door located at the upper level of the facade currently opens onto this roof, indicating the existence of an earlier second story porch or stair landing. Approached from steps at the back of the house is a two-room cellar, the stone walls of which are covered with numerous coats of whitewash.

At the first floor, a small entry vestibule is located immediately inside the front door; this contains a generous winder stair which leads to the rooms on the second level. The remaining interior space on both floors is divided into three rooms. Throughout this building, the finishes are similar to those employed at the lower level of the main house, and are strictly utilitarian. Beaded board wainscotting capped with a prominent dado rail covers the lower half of the walls, the top portions of which are plastered. Beaded board and batten doors separate c ich space, and the walls in several spaces are
completed with beaded board clothing racks. Like the main house, this small building was never plumbed or electrified. 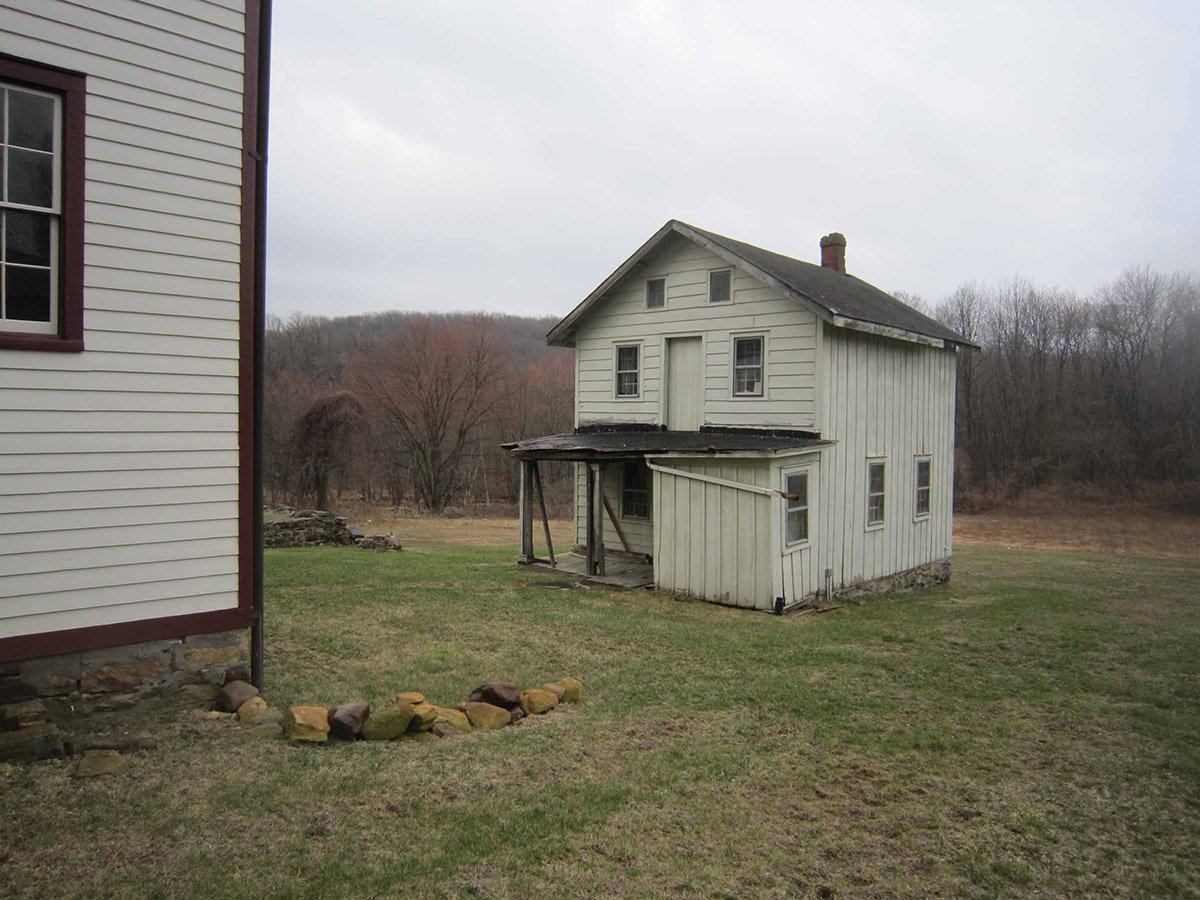